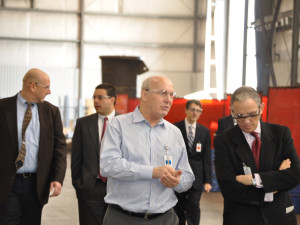 As a significant exporter of capital goods for the marine industry Thrustmaster enters 2012 with $200M in export sales on the books from contracts with shipyards in China, Korea, Brazil, and Singapore.