HOUSTON – With the tremendous support and loyalty from a global network of customers Thrustmaster of Texas is proud to have reached a major milestone – 30 years of history in the marine propulsion industry.

From the first order for 13 deck-mounted propulsion units for the U.S. Army Corps of Engineers and a follow-up order for the U.S. Navy, Thrustmaster has continually grown and expanded its propulsion systems designs as well as its engineering and manufacturing capabilities.

In ten years, the company had more than quadrupled its size and was rapidly growing into a new second facility.

In 1993 Thrustmaster had many casino boat projects with through-hull azimuth Z-drives and large hydraulic tunnel thrusters.

In 1995, Thrustmaster moved to a new facility and expanded its workforce to accommodate the growing demand for Thrustmaster’s thrusters designed for both main propulsion and propulsion assist. In the following years, the engineering department was upgraded with hiring a new chief engineer who specialized in rotating equipment manufacture, the installation of customized mixed-mode manufacturing software specifically detailed for Thrustmaster’s products, and the addition of state of the art CAD/CAM and FEA engineering software. 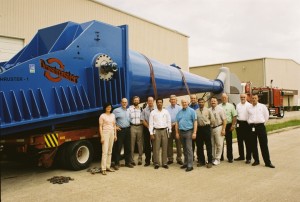 Thrusters for dynamic positioning became a major focus for the company with a wide range of products designed specifically for demanding offshore applications.

In 2001, a new General Manager significantly improved both the manufacturing efficiency and quality of field service. In 2002, Thrustmaster received certification as an ISO-9001 qualified marine equipment manufacturer from the American Bureau of Shipping (ABS) Quality Systems division. In 2008,

Thrustmaster upgraded its ISO quality system to the ISO-9001:2008 standard.

All Thrustmaster’s products are developed in-house by a complete engineering department for mechanical, hydraulic, electrical and electronic design. Tooling includes state-of-the-art computerized machining and measuring equipment with software packages for Computer-Aided-Design (CAD), vessel resistance and propulsion, 3-D mathematical modeling and ANSYS Finite Element Analysis (FEA). The application of modal analysis, stress and strain analysis as well as rotor dynamic analysis of drive trains and transmissions are major fundamentals towards the reliability and quality of Thrustmaster’s products.

Thrustmaster is a vertically integrated manufacturer with a spare parts warehouse that uses bar-coding and par-level ordering to maintain manufactured and OEM parts on the shelves.

Employing more than 200 skilled technicians, assemblers, welders, and machinists Thrustmasters offices house PhD and MSc engineers along with expanded support personnel having experience dating back over half a century in the history of marine applications. 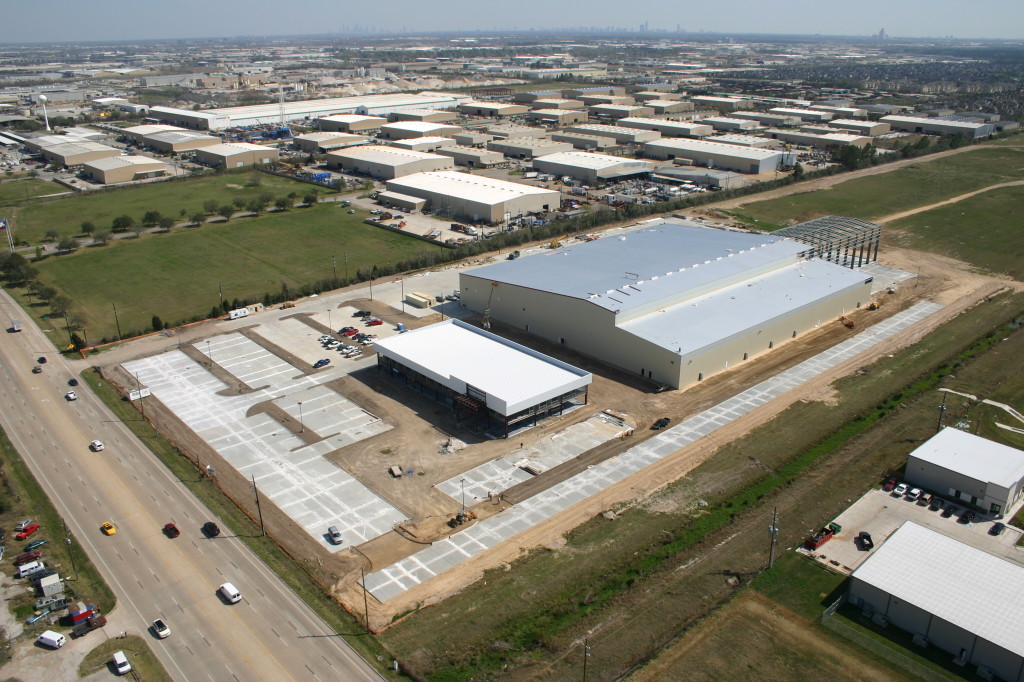 In 2009, Thrustmaster moved to its new expanded facility to support the increase in sales which now exceed USD $100-million annually.

Conveniently located in Northwest Houston on sixty acres, Thrustmaster has over 200,000 square feet of manufacturing space with total in house fabrication, machining, assembly, inspection and testing capabilities.  Included is over 25,000 square feet of warehouse space where we stock a large inventory of spare parts available for same day shipment in most cases.

All products are manufactured in strict adherence to ISO-9001; 2000 edition standards.  For shipping and handling of materials and thrusters we have two 15-ton, three 30-ton, two 50-ton, a 100-ton with 30-ton runner overhead cranes, and a 35-ton portable crane to move products safely and quickly about the facility.

In addition to our manufacturing and warehouse area we also have over 40,000 square feet of office space for our Administration and Engineering services.

Orders for main propulsion and dynamic positioning thrusters for the commercial marine and offshore energy sectors as well as military fleet improvement programs continue to make Thrustmaster a world leader in marine propulsion.

In 2010, Thrustmaster increased offerings of Z and L drives and diesel tunnel thrusters to include up to 10,750hp (8.0MW).

In 2014, Thrustmaster expanded their product lineup to include water jets to become a leading manufacturer of water jets in the U.S.

Thrustmaster is one of five marine waterjet manufactures in the world building water jets up to 4,000 kW.

To meet the demands of large scale commercial applications, Thrustmaster expanded the original water jet product lineup with the introduction of two new models – the 400 / 450 series Thrustmaster water jets extend the power range up to 6,400kW.

The manufacturing of the Thrustmaster waterjet product range in Houston, TX is a key element in this joint strategy.

Thrustmaster’s water jets to be sold in Europe, North America and South America.

Thrustmaster of Texas, Inc. is committed to producing products and services at a level of quality and reliability equal to or better than its major competitors and will continue to do so for the next 30 years. 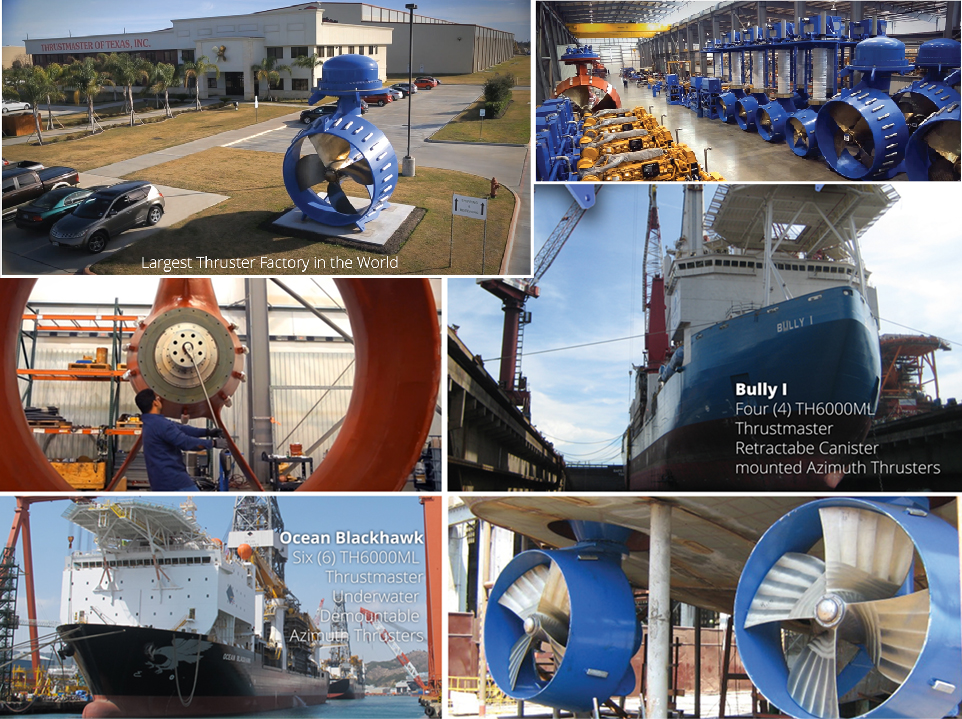